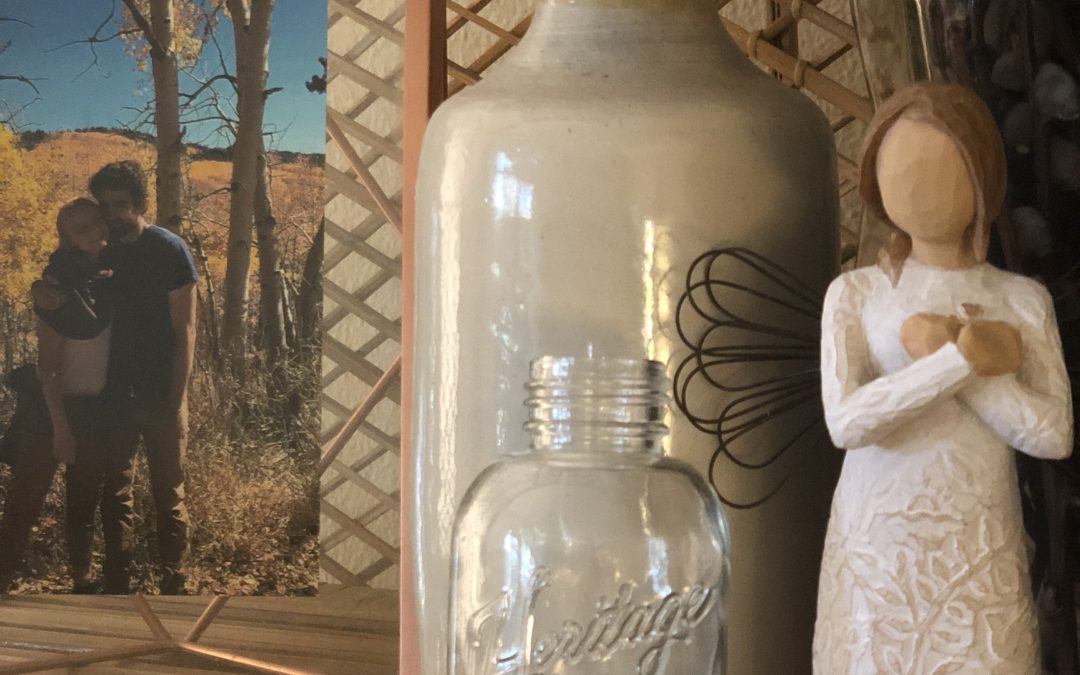 My experience with the loss of a baby starts as any other does: with immense hope and expectation of a healthy child. It was July 3rd, 2018 when we took a pregnancy test that came back positive. I remember the feeling of anticipation with knowing how relatively easy my last pregnancy was, but being all-the-more excited this time knowing what to expect, and that my one-year-old would soon have a sibling come April 2019!

I think I could write this story to go on for chapters and chapters. What started as a normal expectation for pregnancy turned into precautionary ultrasounds turned into concerned doctors, weekly medical check-ups and finally, a procedure to remove the molar pregnancy that was posing as a potential threat to my life. I’ll try to shorten this story as much as possible, but your grace in any wordiness is appreciated ;).

I was very sure we were having a boy. This is what I kept telling myself to justify the challenging first weeks of pregnancy. But the truth was, the nausea and lower abdominal pains I was experiencing were making me a little uneasy. Every pregnancy is different, every baby is different, and therefore it is normal for one pregnancy to be comfortable and the next to cause a momma to throw up three times a day.

After a couple weeks of persisting pain, I called my midwife just for reassurance that everything was okay. After all, I’m in my lower twenties and my own mother never had a miscarriage, so surely my pregnancy was going to proceed as normally as possible. Nevertheless, I wanted to love this baby from the start so I agreed to come in for a blood test and ultrasound just to be safe.

My blood test came back with flying colors. My hormone levels were indicating a completely healthy pregnancy! But my lower abdominal pains persisted. In order to rule out an ectopic pregnancy and the danger that could come with it, my Midwife ordered weekly ultrasounds to monitor the development of the pregnancy and ensure that baby was in the uterus, and not anywhere else. The next four weeks only brought more confusion (we couldn’t see any sign of a fetal pole anywhere, but my hormone levels kept increasing the way they are expected to with a normal pregnancy).

With the results of my fourth or fifth ultrasound came the phone call I never thought I would have to answer. Whatever was happening in my reproductive system was not going to be a viable pregnancy. I could hear the nervousness in my Midwife’s voice when she told me the news and requested that I be seen by an OB who specializes in unique cases. In the meantime, I was supposed to go to the ER if my pain became worse or if I spiked a fever. The rest of that evening was filled with tears in front of husband, tears in front of friends, and tears alone in bed.

This was hard. I believe in a God that has a plan, and that His plan is for my good and for His glory. I know that Jesus Christ lived a life and died a death so He could be my comforter and my most understanding ally. But that night I could only feel the overwhelming sadness– the sadness seemed like a nearer reality than a God that cherishes and cares for me.

Yet I kept trusting in God’s care as the Great Physician.

Next stop was the specialty clinic. This part all went really fast. I had yet another ultrasound, anxiously worked on a crossword in the waiting room, and then the doctor came in. You could tell he’s seen a lot of scary stuff, yet despite this his demeanor was so kind and empathetic–something you don’t always see in a seasoned medical professional! He told us how sorry he was that this was all happening to both me and my husband. And then he gave us the definitive diagnosis we had been waiting for throughout every single week of testing over the course of the past month.

“You have a Molar Pregnancy.”

That’s mostly all that I heard, but then instantly started sweating and feeling dizzy and panicky as he continued explaining what would happen next. You can look up the details on your own, but a Molar Pregnancy basically meant that my uterus was filling up with pus-filled cysts (I know, gross right?). I needed to have a Suction Dilation and Curettage (affectionately known as a D&C) as soon as possible or else I risk uterine rupture as the tissue continues to grow. The word, ‘cancer’ was thrown around too. The tissue is cancerous in the fact that it is foreign material that will continue to try and replicate itself unless it is treated. I was told that after my procedure, my body either needs to be able to shut down and expel the rest of this tissue or I would need chemotherapy to do the job for me.

Losing a Pregnancy, Healing, and Hoping

The procedure itself was only ten minutes long, and I was under general anesthesia so I don’t remember much of it. I only remember that September 7th, 2018 was the day I lost the hope of this baby being born into the world. They told me I might have cramping pains for a few days after the surgery, but they failed to tell me that I would most certainly have pain that would last for a lot longer than that. To this day, even as I write this story down, it hurts to dwell on the loss of our baby. We still have so many questions unanswered. But at the beginning of each day, we are still joyful.

We’re joyful because God has shown that He is not done with us yet. That He will surely never leave our side through pain and loss and grief. That He will always provide people to love us, cook for us, send us flowers, pray for us, think of us, and remember our baby with us. He’s given us all that we need. And we have hope that in the next year in which we aren’t allowed to get pregnant that He will sustain us, even if that would mean my hormone levels go back up again and chemotherapy has to kick them in the butt.

Common Roots Birth exists to provide support and encouragement through the strength of each other’s roots–what we’ve been through, how we’ve endured and become stronger through pregnancy, pregnancy loss, healthy births, and scary births. If you would allow me the honor, I’d love to come alongside you in your journey through pregnancy and new motherhood as a Birth Doula. In addition to that, I’d love to come alongside you as an ear and a sounding board for support through loss of a child as a friend. Send me a message, or post a comment in this thread.

Mommas are stronger together!